The Wine of the Kingdom Booklet

September 28, 2021
The booklet The Wine of the Kingdom may be useful for introducing friends to Kingdom thinking. Seriously embracing Jesus's teaching about the Kingdom of God can greatly influence how you approach missions at home or abroad and how and what you choose to communicate to those from a different background from your own. You can order the booklet at ThumpKegPublishing.com.
Post a Comment
Read more

The Wine of the Kingdom 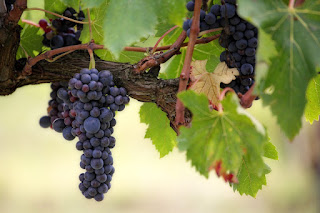 The Kingdom is like... Many of us have never experienced living in a kingdom. In the U.S. we tend not to like kings. But try to imagine an Israeli who knew the glory of the days of Solomon, when his country was highly regarded among the nations, when there was peace and great prosperity, when they were the people of God, a light among the nations. What was it like to then see the temple destroyed, to go into exile, to be subject to a foreign king, to suffer many years of humiliation under one empire after another – Babylonian, Greek, Persian, Roman. Other nations experienced a fall from greatness. Hitler exploited the Germans’ humiliation by calling them to be great again ‑ the master race.   Putin attracts Russians because of his efforts to restore Russia to her former greatness. In America we hear calls about making America great again.   Similarly the Jews longed for the day when the Messiah would restore Israel to her former glory.   Jesus’s messag
Post a Comment
Read more
More posts